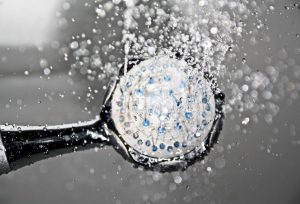 It’s a common misconception that humans have only started bathing in the past few centuries. The truth is that we’ve been cleaning ourselves consistently throughout the ages.

The methods used throughout the ages all had varying levels of effectiveness. Things improved drastically once humans invented indoor plumbing and modern sanitation.

Clean water and indoor plumbing are things to be thankful for, though it’s hard not to wonder about them sometimes. For instance, where does shower water go? What’s on the other end of a shower drain?

We’ll answer this question and more in the paragraphs below.

The path your water takes after it goes down the drain starts in your home. Home plumbing systems can be set up in several different ways. Many prefer to keep the waste from the showers, sinks, and other appliances, collectively known as greywater, separate from the waste from the toilet, known as black water.

This can occasionally cause problems because the actions of one appliance can affect the others. For instance, have you ever had low water pressure in the shower after flushing the toilet? There’s a reason for this, and it has to do with temperature regulation.

Eventually, though, both of these drains will lead into the same sewage system.

Depending on where you live, your main sewage network could serve anything from a small town to a neighborhood in a much larger area. From there, the wastewater goes to a waste treatment facility.

Waste treatment is a multi-step process, and the first step is filtration. This involves running the wastewater through a grate or other system to strain out solid materials.

This is only semi-effective. It gets rid of a significant percentage of all solids, but there are still some left behind.

Oftentimes, the water then goes through a second stage, where it enters into another part of the plant and encounters bacteria. The bacteria then feed on the organic material still in the wastewater. Though still not a perfect solution, this removes the vast majority of contaminants left behind.

After that comes a third step, where water separates from bacteria and interacts with chemicals, including chlorine, to get other dangerous things out. These include stubborn microbes that continue to linger, as well as unfiltered chemicals as well as chemicals  created earlier in the process.

After this, the water has finally been rid of harmful contaminants and no longer poses any significant risk. The now-clean water is then deposited into nearby bodies of fresh water until it’s pumped out and used again.

Where Does Shower Water Go?

At some point in their life, most of us have looked at our shower drain and asked ourselves ‘where does shower water go? The short answer is that it’s collected and sent to a facility where it’s cleaned and then sent back to be used again. However, as we’ve discussed above, the whole operation is more complex than that.

For more information and advice on various lifestyle topics please visit our site.

Trevor Anderson wrote this article on behalf of FreeUp. FreeUp is the fastest-growing freelance marketplace in the US. FreeUp only accepts the top 1% of freelance applicants. Click here to get access to the top freelancers in the world.